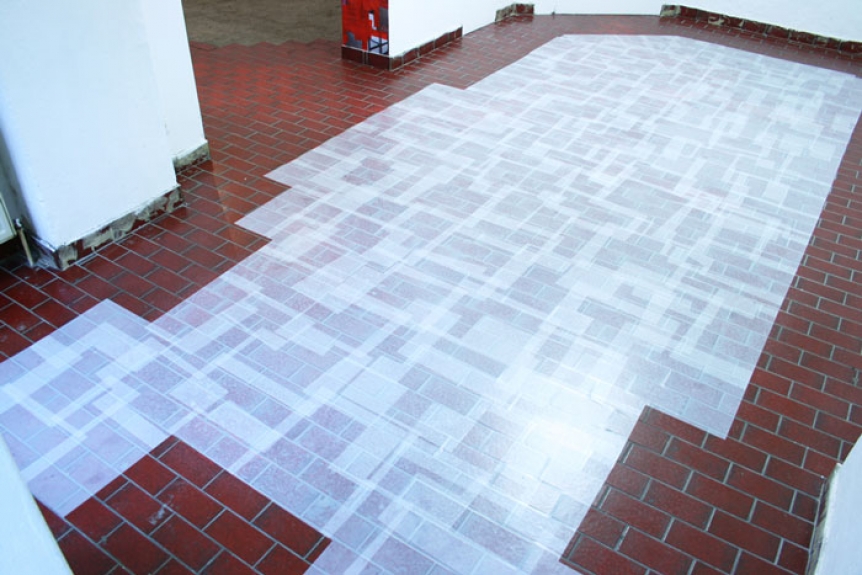 Inspired by Centrum's peculiar red, tiled floor as well as its history as a former brothel,
imbiss and lending library, the space was explored in terms of its colours, lines and textures.
The zig-zag line created by the meeting between red and grey floor tiles was continued up the walls
on both sides, using packaging tape and laser prints with pictures of the space during previous renovation.

In the second room frosted adhesive film was cut in shapes found around the room, and used to
create an area which mimicked the shape of the space. Pieces of film were attached directly to
the floor and created a tile-effect, by overlapping between two to four times.